A couple months back, I was excited to hear that Apple was working on a new SMB stack for their new operating system, OS X 10.9. However, once it finally hit, I realized that the new stack was even worse than the old one. I was unable to mount CIFS or SMB shares on our local storage cluster (a lovely 2 petabyte capacity Isilon cluster), getting error messages in system logs that looked like the following:

I started to wonder if replacing Apple’s stack with the SMB stack provided by Sambawould be a good idea. It was. If you are using any storage appliance and have found that your SMB/CIFS access has been effectively cut off, or that it’s incredibly slow, read the following steps to replace your SMB stack in OS X. 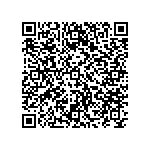